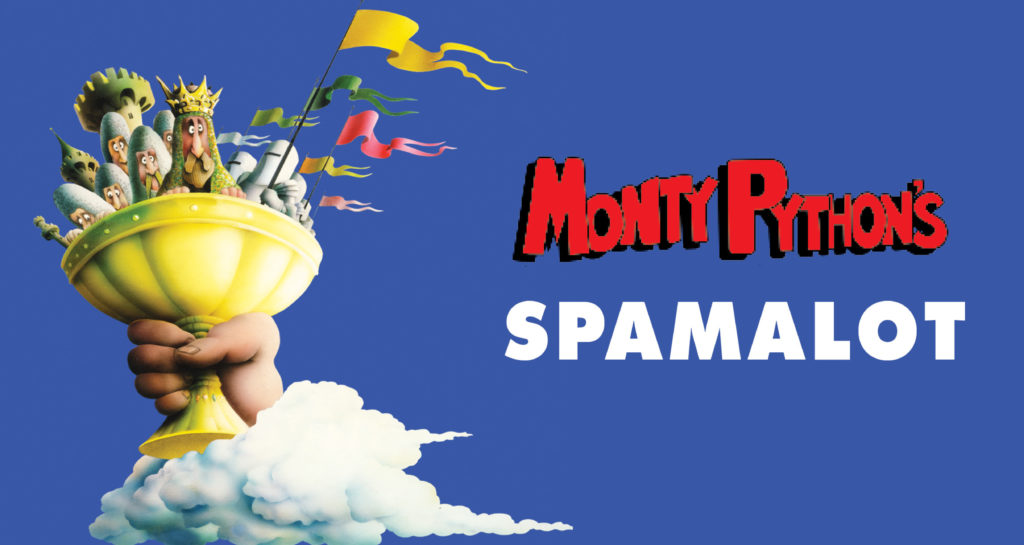 This article originally appeared Volume 61, Issue #4 of ‘The Callboard,’ the Duluth Playhouse’s bi-monthly newsletter in Feb 2020.

If you’re immediately quoting Monty Python after reading that first line, then you need to be at the NorShor Theatre from March 19-April 5, 2020 to see the Duluth Playhouse’s presentation of Monty Python’s Spamalot, a production lovingly ripped off from the film spoof comedy Monty Python and the Holy Grail.

Monty Python’s Spamalot retells the legend of King Arthur and his Knights of the very, very, very, very Round Table, and features taunting Frenchmen, cancan dancers, the Lady of the Lake and her Laker Girls, killer rabbits, catapulting cows, the odd Knights who say “ni,” and show-stopping musical numbers are all part of their adventures and dangers awaiting in their quest for the Holy Grail. 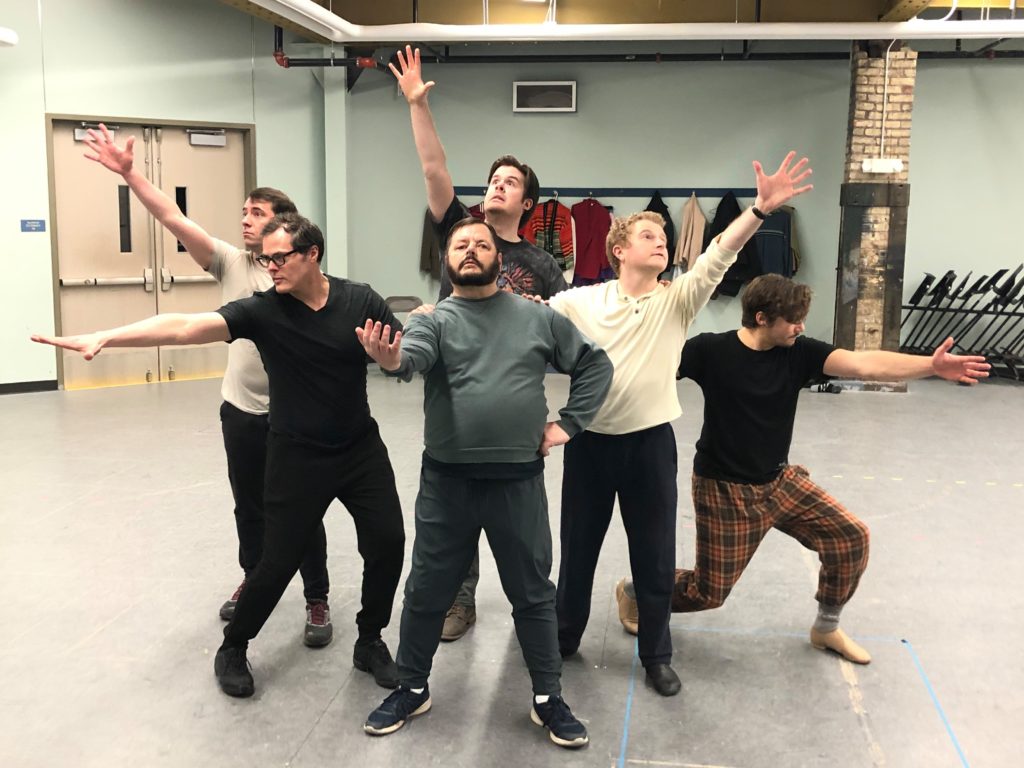 “I first saw Monty Python and the Holy Grail at a friend’s birthday party in middle school, and that led to a lifelong obsession with all things Monty Python,” said director Justin Peck, who has also directed Dracula and Baskerville in The Underground. “Spamalot takes so much of what I love about the movie and blends in some of my favorite elements of great musical theatre. The result is a hilarious, clever, silly comedy that’s also a big, fantastic, extravagant musical. I’m ecstatic that I have the opportunity to work on it!”

The 2005 Broadway production, written by Eric Idle and music by John Du Prez, won three Tony Awards, including Best Musical, and was followed by two successful West End runs. In its first Broadway run, it was seen by more than two million people and grossed more than $175 million.

Leading the quest is King Arthur (Chris Nollet) with his trusty servant Patsy (Kyle McMillan**). Playing his gallant knights – a broad assortment of other characters – are Jason Scorich as Sir Lancelot the Homicidally Brave; Stuart Gordon** as Sir Robin the Not-Quite-So-Brave-as-Sir-Lancelot; Ole Dack as Sir Galahad, the Dashingly Handsome; Blake Reistad as Sir Bedevere, the Strangely Flatulent; and Christina Stroup* as The Lady of the Lake. Rounding out the cast are Joe McLaughlin as the Historian; Sam Hildestad as Not Dead Fred; and Camryn Buelow, Erin Blazevic, Mallory Polivka, Kristen Hylenski, Catherine Dukelow and Dani Hollar** as Laker Girls; and Austin Becker, Christopher Hoffman, and Theodore Carlson Webster in the ensemble.

“I’m over the moon about this cast and crew,” adds Peck. “Working with Kyle Picha on music and Matthew Wager on choreography, all of our brilliant designers, and a cast that’s to die for is like waking up on Christmas morning — except it’s every day.”

There are – if only briefly – reference to “Monty Python’s Flying Circus” skits. The Lumberjack Song, Spam, Dead Parrot Sketch, while some of Broadway’s musicals are skewered along the way, including a spoof of Andrew Lloyd Webber, Fiddler on the Roof, West Side Story, Man a La Mancha, Les Miserables, and The Producers.

Fun Fact: Spamalot it one of eight United Kingdom musicals to be commemorated on Royal Mail stamps, issues in February 2011.

This show is a must-see for Python fans, but there’s no need to know anything about the Killer Rabbit or why the Knights would “Run Away” to be thoroughly entertained by this very funny musical. It’s a show all ages will have a ball at and can thoroughly enjoy, even if they don’t know a thing about Monty Python.

“If you’ve seen Spamalot before (or if you’ve seen it many times before, like me) then you’re still in for a treat,” Peck insists. ” Producing this show for the beautiful NorShor stage enables us to really go all out.”

This outrageous story of King Arthur and his Knights will not only delight audiences, but will help all to remember to “always look on the bright side of life.”

2 Responses to A Lot of Medieval Merry Making Set for the Playhouse’s ‘Spamalot’!