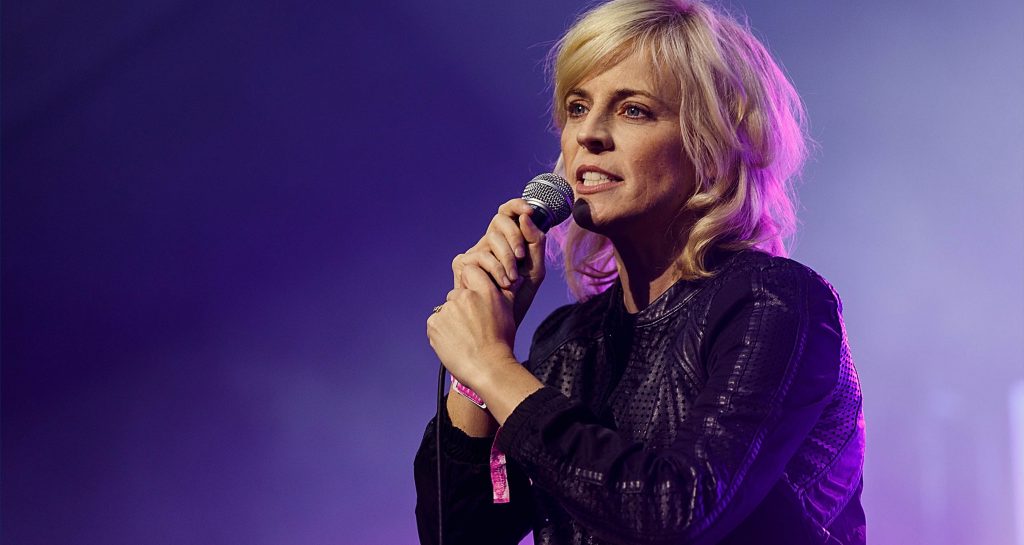 Stand-up comedian Maria Bamford has a thousand twisted voices in her head, a cushion of air under her feet and a hit song about escalating family confrontations in her heart.

Bamford, a Duluth native who lives and works in Los Angeles, used her amazing voice work and a surprisingly physical stage presence to tell wonderfully vivid life stories in rapid-fire succession during a sold-out performance at the NorShor Theatre on Sunday night. The hilarious 60-minute set was the first of a two-night downtown engagement.

Dressed in jeans and a jacket, Bamford bounded onto the stage to a huge cheer. She did an odd little dance that included leg stretches, kicks, little jumps, and a tippy-toe walk. It seemed as if energy was bursting from her body.

“I’m so scared. I love you so much,” she said, seemingly awash in anxiety and nostalgia at the same time. “I know we’re all artists out here. I’ve been to Beaner’s coffee shop, it’s over in West Duluth. Lizzard’s downtown — I’ve seen the felt pillows.

“While Bamford isn’t known for her painting or sculpture, she clearly works in the visual arts as much as those who show in area galleries.

For example, Bamford opened with jabs at current national leadership. Political commentary isn’t necessarily her strength, but she pulled the routine together by composing an image of her blind and deaf dog — a pug named Betty — having horrible digestive issues in the kitchen. Everyone who heard the joke will not look at a pug the same way again.

Jackie Kashian opened the show with an energetic and funny 30-minute set highlighted by “middle-aged white lady” politics and tales from her childhood as a “spooky reading girl.”