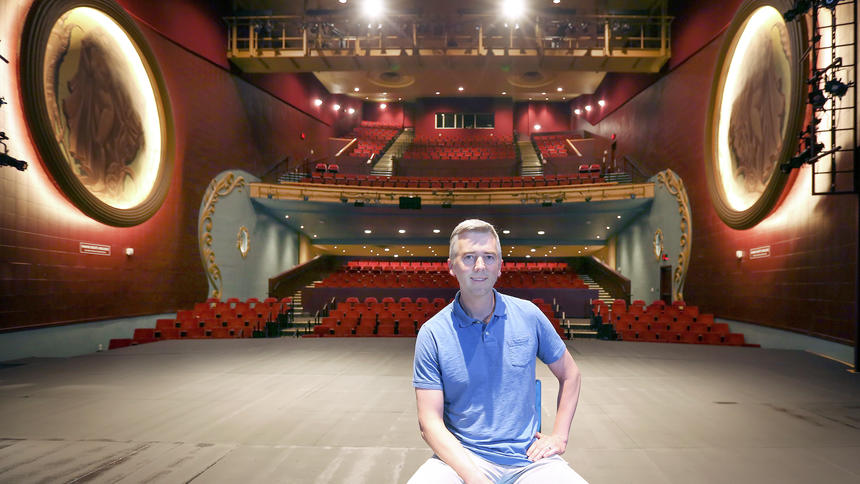 Don Ness sits on the stage at the NorShor Theatre, home to his new variety show. Steve Kuchera / skuchera@duluthnews.com

It’s been about 30 years since a humorist with a lot of local connections compared Duluth to a gifted individual with an inferiority complex — and then tried to do something about it.

“That’s what Duluth seems like,” Don Ness Sr. told the News Tribune way-back-when. “We hope to improve the city’s self-image a bit by displaying its good points, with humor and integrity.”

For Ness, that meant staging a variety show. “Don Ness Shows Off,” as it was originally — albeit briefly — titled, featured a mix of comedy, music and interviews, inspired by the likes of Johnny Carson. The programs, which played for a live audience at theaters around town, lasted a few years with a guest list that ranged from politicians like Meg Bye to the math professor-Beatles head Joseph Gallian to Eric Ringsred, then described as an “anti-freeway activist.”

There will also be sneak peeks of performances by Lyric Opera of the North, a look at the monthly community storytelling show Gag Me With a Spoon and hijinks from Rubber Chicken Theater. It will highlight the work of PAVSA, with profits made from the program going to the nonprofit organization that aids victims of sexual assault.

Much of Ness’ motivation is the same as his father’s — to highlight what is happening in Duluth — and some of it, like the title, is an homage to the elder Ness.

“The idea of using that name was to honor him and how much I valued and appreciated that show,” Ness Jr. said. “And to give new life to a show that was really important and meaningful to me when I was growing up.”

READ THE FULL ARTICLE AT DULUTHNEWSTRIBUNE.COM

This article was originally printed in the Duluth News Tribune on June 7, 2018, and was written by Christa Lawler. 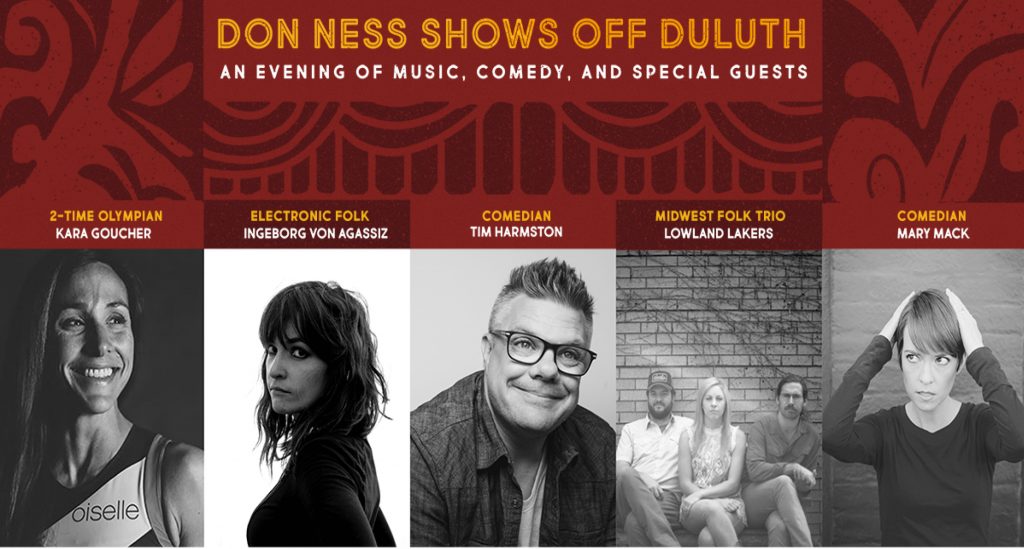 Purchase:  Online at norshortheatre.com/tickets, calling 218.733.755, or in-person at the NorShor Box Office