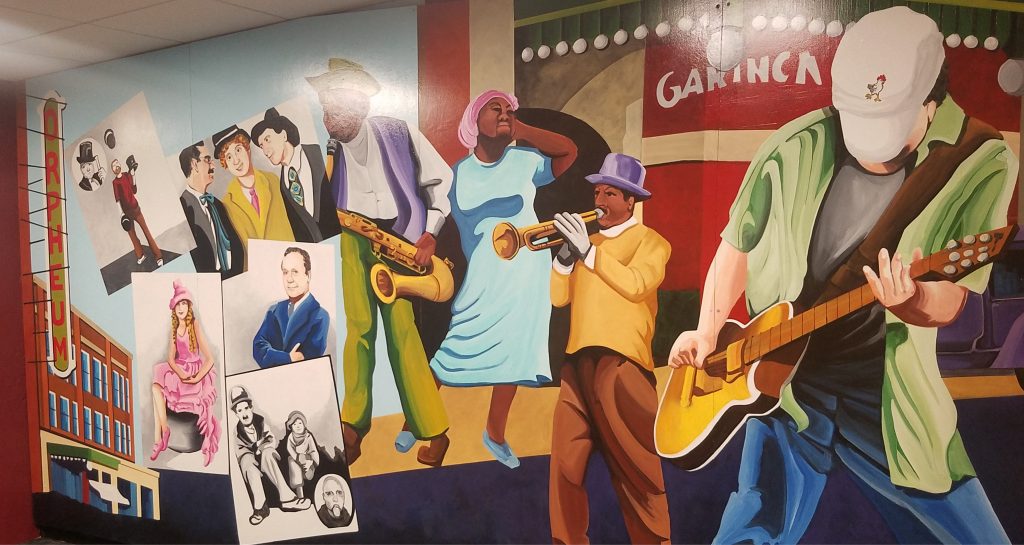 “The History of Duluth’s Performing Arts” mural was unveiled on Nov. 1 on the NorShor Theatre’s third-floor skywalk.

A colorful mural showcasing some of Duluth’s performing arts history now hangs on the wall of the NorShor Theatre’s third-floor skywalk.

Depictions of Charlie Chaplin at the Orpheum, the old NorShor Theatre’s marquee sign and an Ojibwe woman wearing a traditional dress are just some of the images found on this painting made up of 16 sets of 8×4 pieces of plywood.

“I think people are using the word ‘inspiring’ to describe the mural,” said Kate Van Daele, a public information officer for the city of Duluth. “There’s a lot of color, and the mural showcases the history of the performing arts in Duluth.”

NorShor Theatre’s third-floor skywalk connects with the Sheraton Duluth Hotel and originally had a large blank wall, according to Johnson.

This article originally appeared on DuluthNewsTribune.com and was written by Brianna Taggart on November 1, 2019. 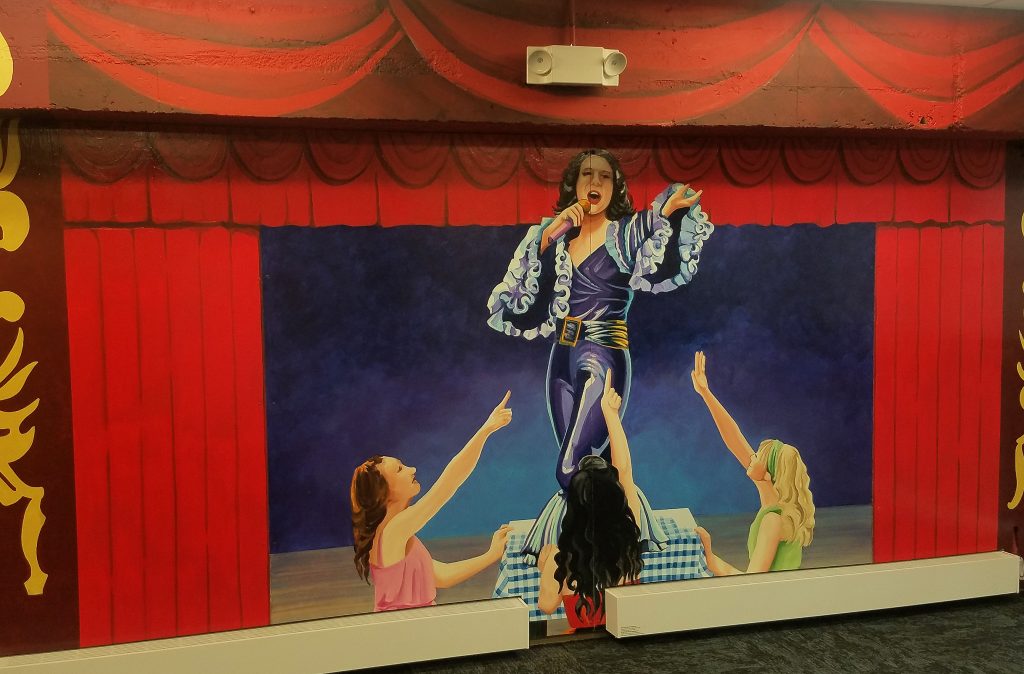 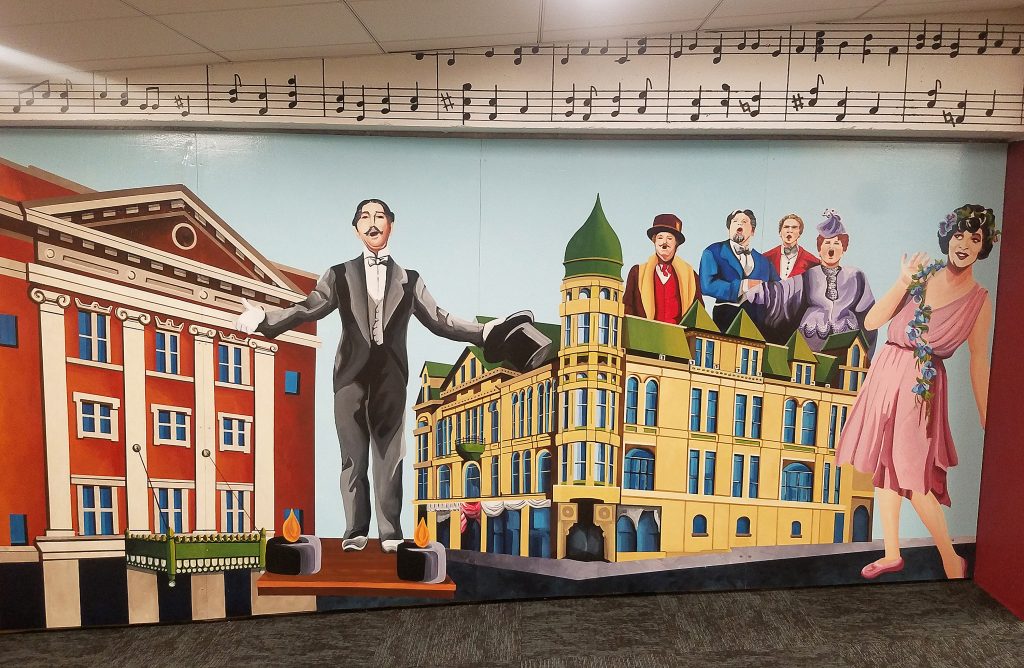 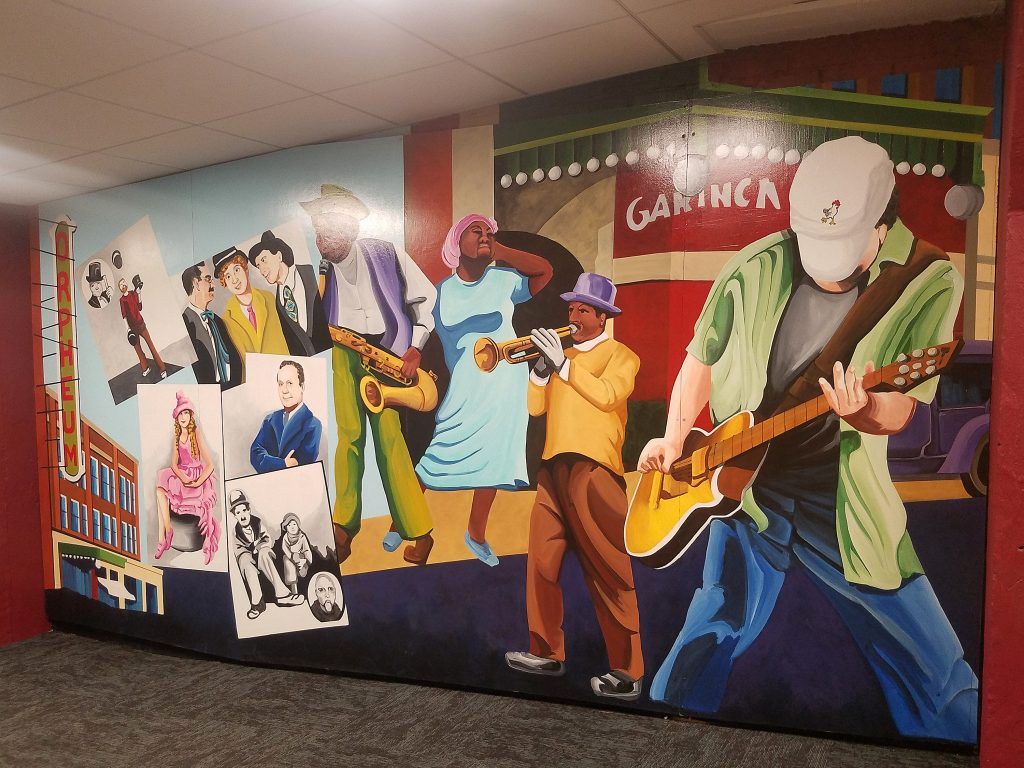 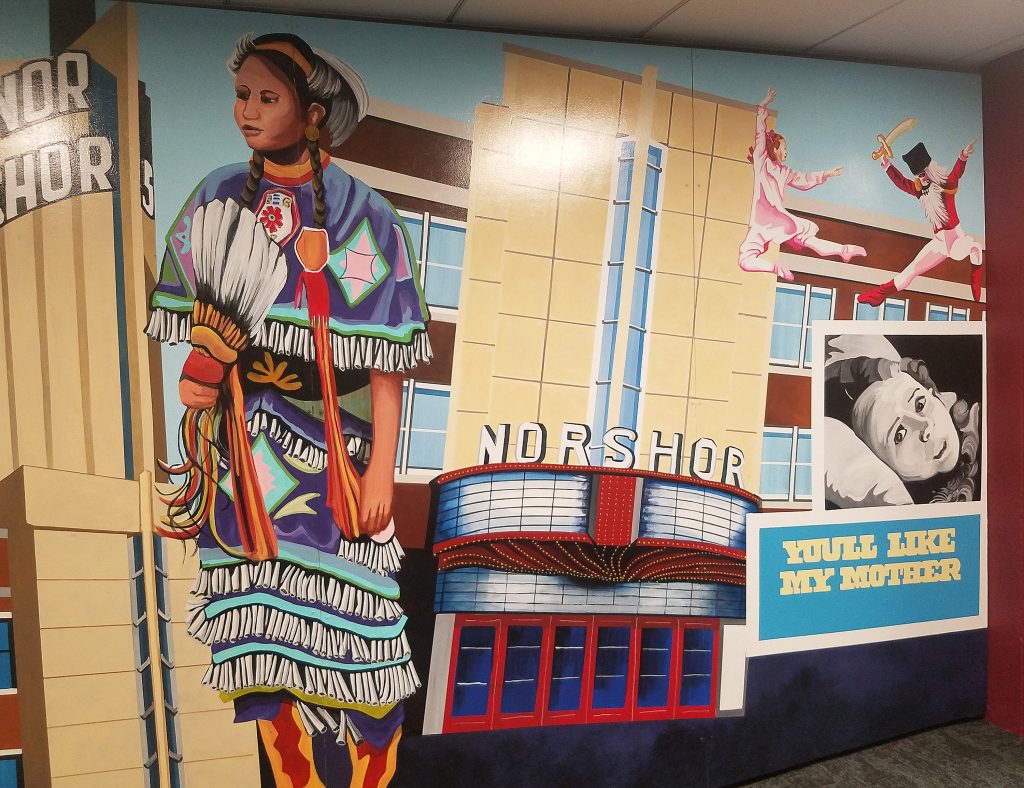 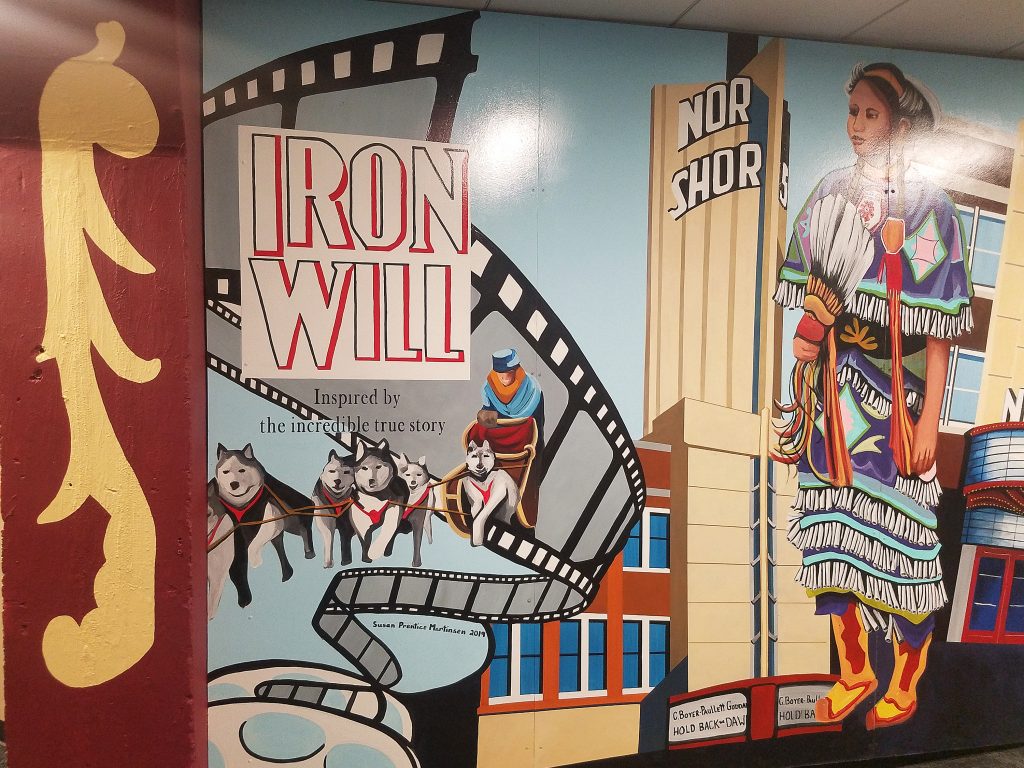