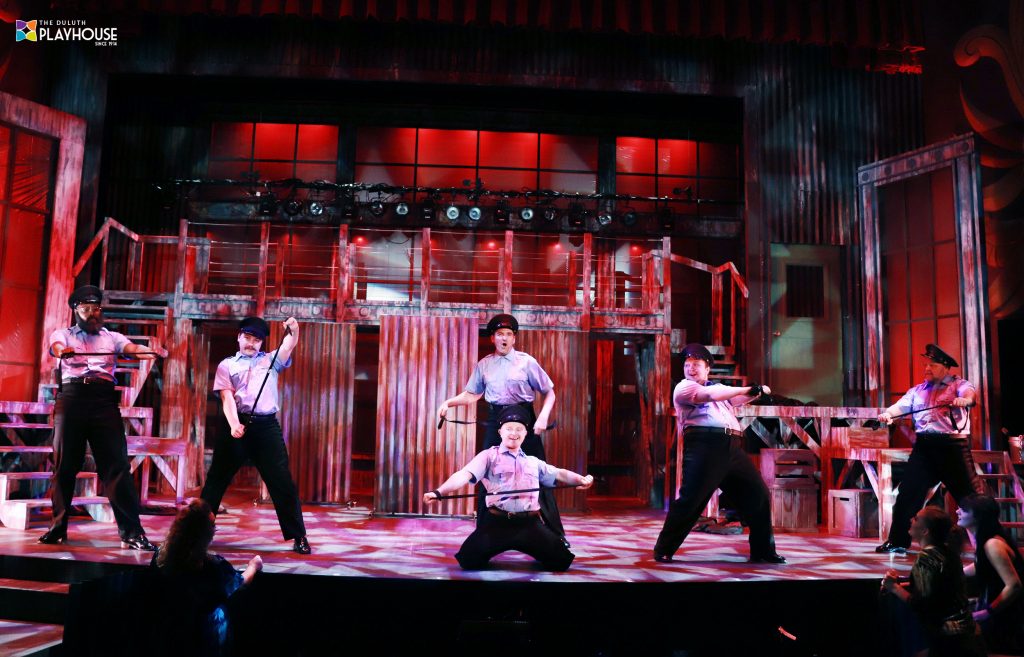 If you saw The Full Monty the first time the Duluth Playhouse put it on, then I should tell you: There is a little bit more to see, this time around.

The musical version of the 1997 hit film opened Thursday night [Sept. 13]  at the NorShor Theatre and showed again how entertaining a musical about unemployment, depression, suicide, divorce, impotence, and brief nudity can be.

Shad Olsen almost always plays the nice guy in a musical, but this time he is an unemployed deadbeat dad, Jerry Lukowski, who comes up with the bright idea that easy money can be made if he and his friends become strippers.

This gives Olsen an edge we have not seen before, which works well with both the inherent anger in “Scrap” and “Man,” but even more so when he sees the world just beyond his grasp in “Breeze Off the River.”

Gabriel Sell is so comfortable in the role of Dave Bukatinsky, he makes Jerry’s wingman loveable from the moment we meet him, which only further underscores how much of a jerk Jerry can be to those he supposedly loves.

COME SEE THE SHOW AT THE NORSHOR THEATRE!