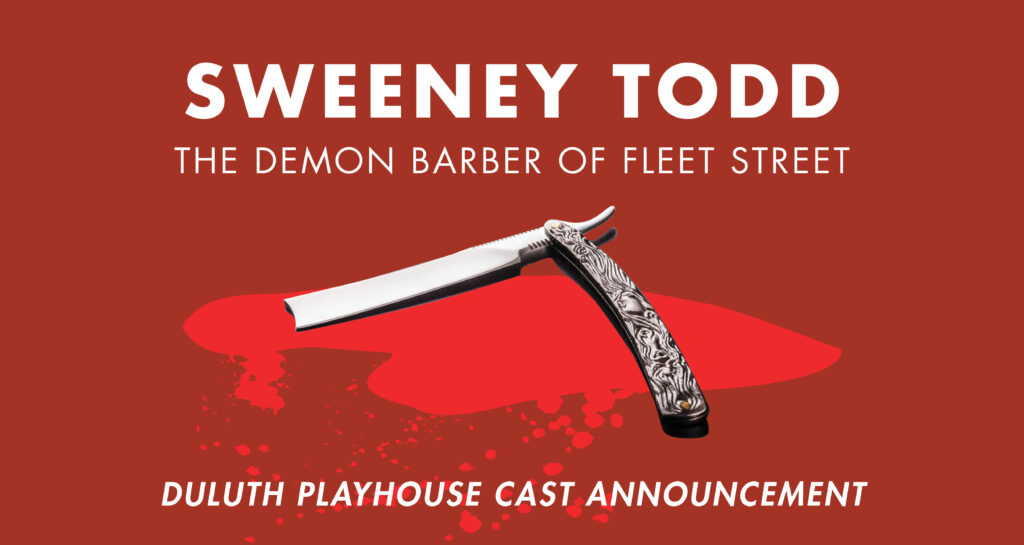 FROM THE DULUTH PLAYHOUSE: Yes, we are very excited to announce the cast list of the musical thriller for Sweeney Todd, but first, we want to say THANK YOU.

Thank you to each and every one of you who walked into the rehearsal studio to share your talents at auditions. We can’t do what we do without each of you coming and showing up, and we thank you so much for that. Our job wasn’t easy, that’s for sure!

And now, announcing the cast of Stephen Sondheim’s Sweeney Todd: The Demon Barber of Fleet Street!

Directed by Melissa Hart (A Grand Night For Singing, The Music Man)

‘Sweeney Todd’ performs at the NorShor Theatre from March 28-April 14, 2019. Tickets are not yet on sale to the general public. Learn more by visit duluthplayhouse.org/main-stage.

This musical thriller tells the story of an obsessively vengeful barber and his twisted partnership with the outrageous Mrs. Lovett, who devise a devilish plot to add a special ingredient to a recipe that has all of London dying for their pies. Sweeney embarks on a deliciously chilling rampage to right the wrongs of so many years ago.

Stephen Sondheim’s gloriously gruesome and fiercely funny musical combines melodrama and murder and features one of the most thrilling scores ever written for the stage.