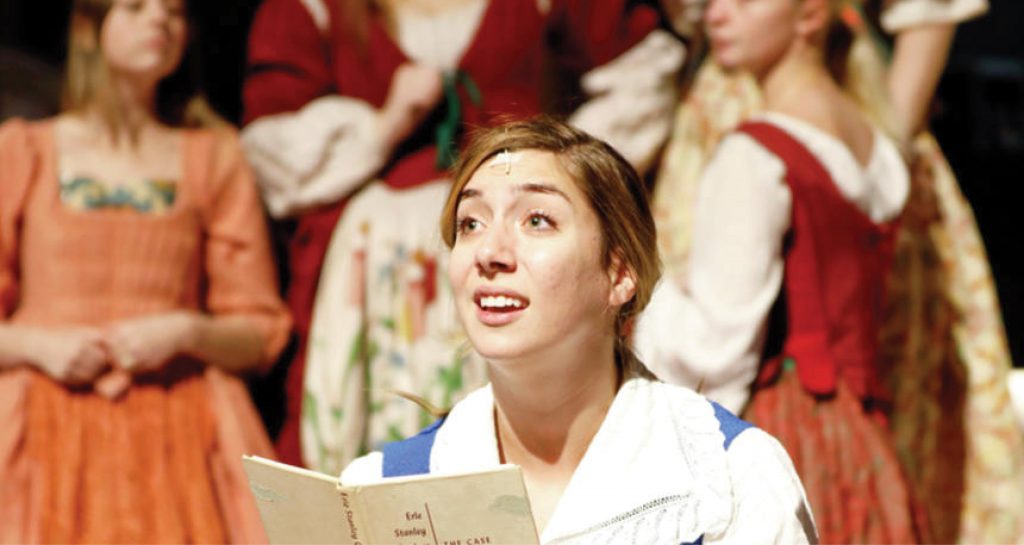 Emily Ahrens keeps two photographs on her dressing room mirror in the lower level of the NorShor Theatre, a prep space away from home for her three-month stint rehearsing for and playing Belle in the Duluth Playhouse’s production of Disney’s Beauty and the Beast.

To the left is Laura Osnes, a Twin Cities’ actor, Ahrens’ favorite, who won a reality competition in 2007 to land the role of Sandy in Grease on Broadway — and then stayed there. Most recently, she was the title princess in Rodgers and Hammerstein’s Cinderella.

“It’s possible,” Osnes scrawled along with her autograph.

To the right is actor-singer-dancer Susan Egan, who first played Belle on Broadway. In this case, Ahrens got more than an autograph; she got tips on how to play the bookish hero and an autograph.

“She mainly focused on making sure that Belle is realistic and not focusing on the fact that she’s a Disney princess,” Ahrens recalled during a recent visit to her dressing room, where she was waiting in a black wig cap for her stage-hair to be ready. “And to not play her like a damsel, to play her like a heroine.”

It’s advice that Ahrens, the Disney-est of Disney fans, has taken and put into action as she plays a dream role — and she drove eight hours, to Columbus, Ohio, to get it. Osnes and Egan are part of “Broadway Princess Party,” a concert featuring the vocalist with Disney cred.

Get Your Tickets to ‘Beauty and the Beast’