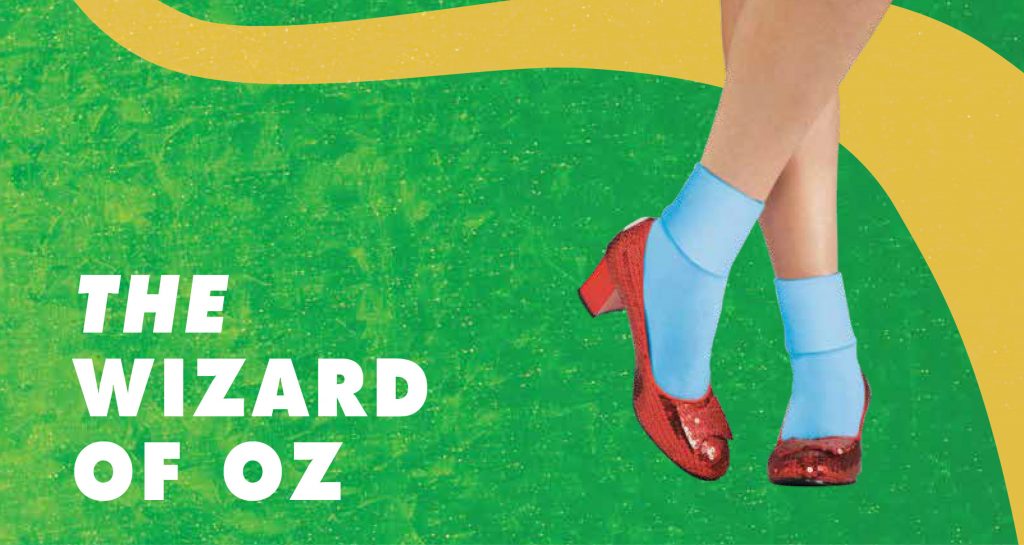 Click your heels together three times; whether seeing it for the first time or the fifth, audiences young and old are in for a spectacular holiday treat as we celebrate the 80th anniversary of the classic MGM film everyone knows and loves: The Wizard of Oz!

There is truly no place like home as the greatest family musical makes its way to the NorShor Theatre from December 5-22 with dazzling sets, the charming and timeless score, and enthralling special effects up our sleeves.

From Munchkinland to the Emerald City — the ruby slippers to the broomstick of the Wicked Witch of the West — it’s all here in this magical, marvelous adventure directed by returning guest artist, Joe Chvala (Disney’s Beauty and the Beast).

“If you love the movie, you will love this production,” said Chvala.

Written in 1900 by L. Frank Baum, “The Wonderful Wizard of Oz” was the first totally American fantasy for children and one of the most-read children’s books (according to the Library of Congress). The 1939 film starring Judy Garland was nominated for six Academy Awards but lost Best Picture to Gone With The Wind. It did win Best Original Song for “Over The Rainbow” which nearly didn’t make it into the film’s final cut (check out the back of this newsletter for more little known facts about the film!). The film was reintroduced to the public with annual broadcasts that began in 1956 earning it the title “most-watched motion picture in history!”

Our version of the musical will feature the gorgeous music by E.Y. Harburg and Harold Arlen, with familiar songs such as “If Only I Had A Brain,” “We’re Off To See The Wizard,” and, of course, “Over the Rainbow.”

This production features a large cast packed with Duluth locals and many familiar faces to the Playhouse, with Meghan Jarecki in the role of Dorothy Gale, Stuart Gordon as the Scarecrow, Brendan Finn as the Tin Man, and Mike Pederson as the Cowardly Lion.

“It’s always fun to see different people play the roles that are so associated with Bert Lahr, Billie Burke, Ray Bolger and Judy Garland — to see someone honor those interpretations but also bring their own artistry to the role,” said Chvala.

“I was already laughing [at auditions] at some of the new ways these actors chose to deliver those classic lines!”

Other featured players include Christina Stroup as the Wicked Witch of the West, Louisa Scorich as Glinda, Michael Kraklio as the Wizard of Oz, and yes, a real dog will fulfill the role of Toto. 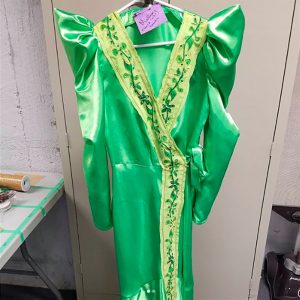 Sneak peek at an Ozian costume from the costume shop.

In addition to all the MGM fabulousness, this production will be tweaking Oz in a sort of colorful steampunk way, adding lots of 19th century touches and flourishes in the costumes and sets.

Explains Chvala, “Since the original story was published in 1900, we want to bring out the influences that brought a book like that to be written at the end of a century.”

Explaining further, Chvala said Emerald City will still be green with a nod to the original Art Deco style of the time the film was made, and Munchkinland will be a sumptuous fairyland, but with a little art nouveau and steampunk mixed in to bring it closer to the time period it was conceived in.

“Steampunk works really well to create that world because there is both wonder and a charming sense of menace to be found in that aesthetic,” added Chvala.

Whether it creates new memories or conjures them up from the past, everyone deserves to experience or relive the wonderful, whimsical story of The Wizard of Oz. It’s truly a show for the whole family, and we can’t wait to take our audiences on a journey down that yellow brick road this holiday season!

WHAT: The Wizard of Oz