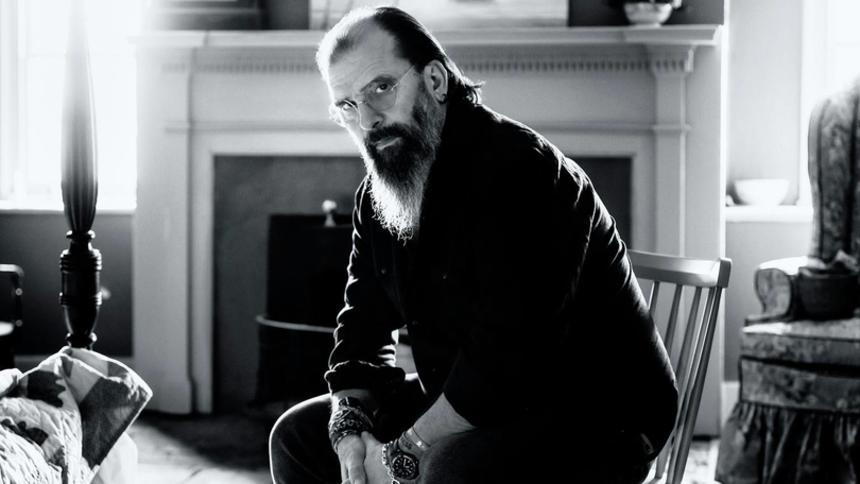 Article written by Mark Nicklawske, For the News Tribune

And those 10 songs were the reason many had come to see the show.

Earle, the first Grammy Award-winning national touring act to play the refurbished venue, is celebrating the 30th anniversary of his classic album “Copperhead Road.” He opened the night playing the 10-song record from start to finish — with a little commentary and storytelling thrown in for good measure.

“Copperhead Road is a pretty (expletive) political record,” Earle told the audience. “We were all coming to terms with the Vietnam War then … the art community had its “Platoon” and “Born on the Fourth of July” movies. I made ‘Copperhead Road.’”

Earle and his five-piece band, the Dukes, reproduced the album on stage the way it was recorded in 1988. But the original album tracking — five hard-rocking political songs followed by five tender love ballads — made for an awkward concert flow. For example, the show opened with the record’s title track, one of Earle’s biggest songs, while many fans were still in the lobby.

Dressed in black with a blue bandana around his head, Earle kept the audience engaged with colorful stories about making the record. He said ”Once You Love” was made after he impulsively purchased a new car when his old one failed to start and delayed a songwriting beer run with a friend. He said the beautiful album closer “Nothing But a Child” was a Christmas song written for the Oak Ridge Boys.

READ THE FULL REVIEW AT DULUTHNEWSTRIBUNE.COM

See what other events are coming to the NorShor Theatre.